10 Unusual Mushrooms to find in the Woods

We are always fascinated by nature and the wild world around us. Mushrooms provide an extra element of surprise as you never know where exactly they will turn up.

Yes, there are certain trees that are associated with certain species of mushroom but they may not always appear. This is what makes hunting for mushrooms an extra special foraging activity. People who specialise in the study of mushrooms are called Mycologists and these guys are the experts. Paul Stamets would be considered an expert in all things mushroom related and we would highly recommend a watch of his Ted Talk if you get some time.

As amateurs who have only been studying mushroom for a few years we would never claim to be experts in this area. However, we have identified some wonderful mushroom and we know enough about the popular types to put some delicious dishes together. 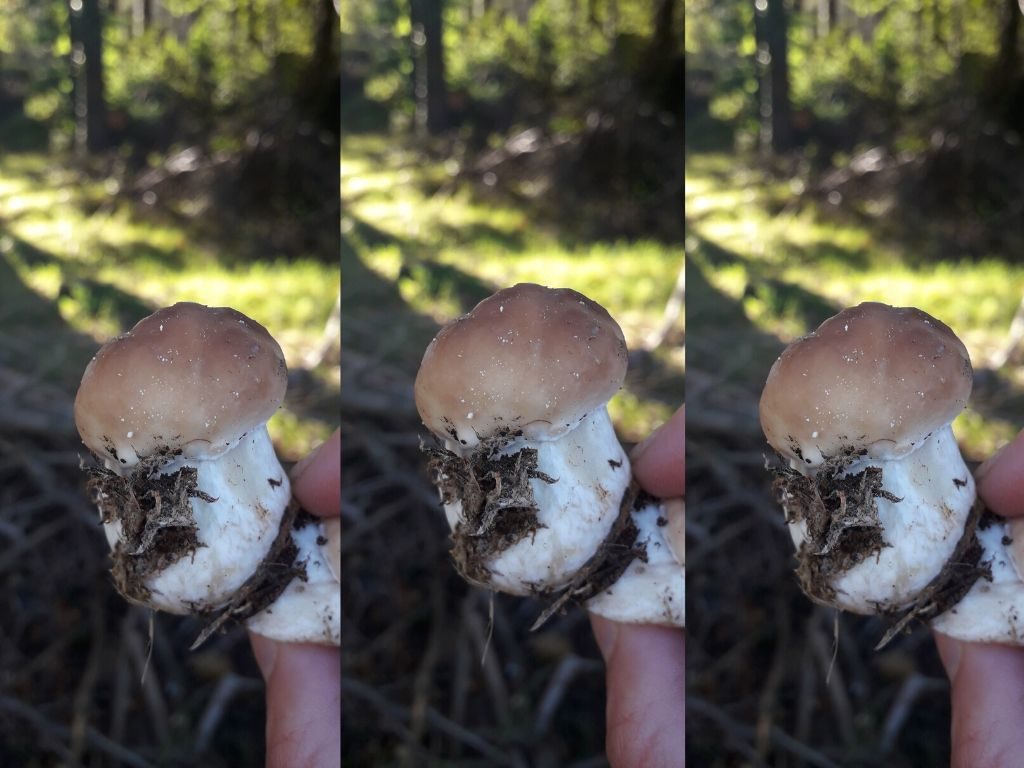 We love stumbling upon Ceps. This is one of the more famous mushrooms around the world and a regular feature in Italian cuisine. Ceps are fairly common from late summer to the end of Autumn but they are often hidden in the high grass. These popular mushrooms taste is delicious. 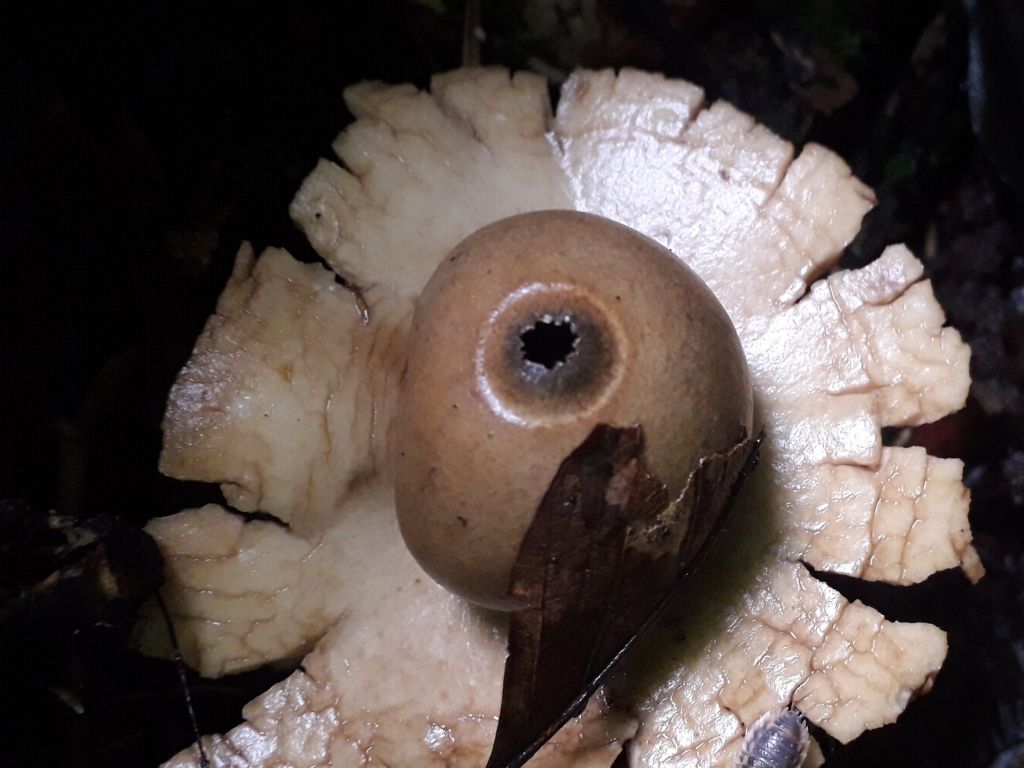 This is the strangest looking mushroom we have ever stumbled upon. Usually found under hardwood trees. When the rain falls on this mushroom the spores escape, creating an errie smoke. 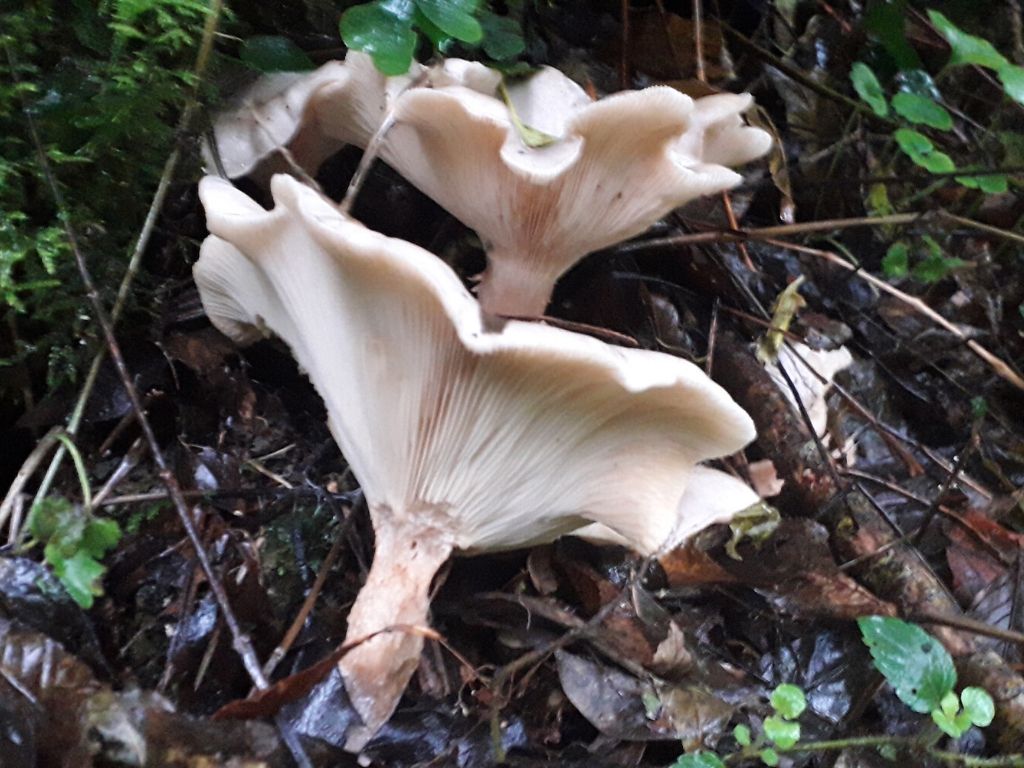 These grow plentiful in Britain and Ireland during the Autumn months. The cap is white and funnel shaped. It is known as an edible mushrooms but all mushrooms should be eaten in small portions. 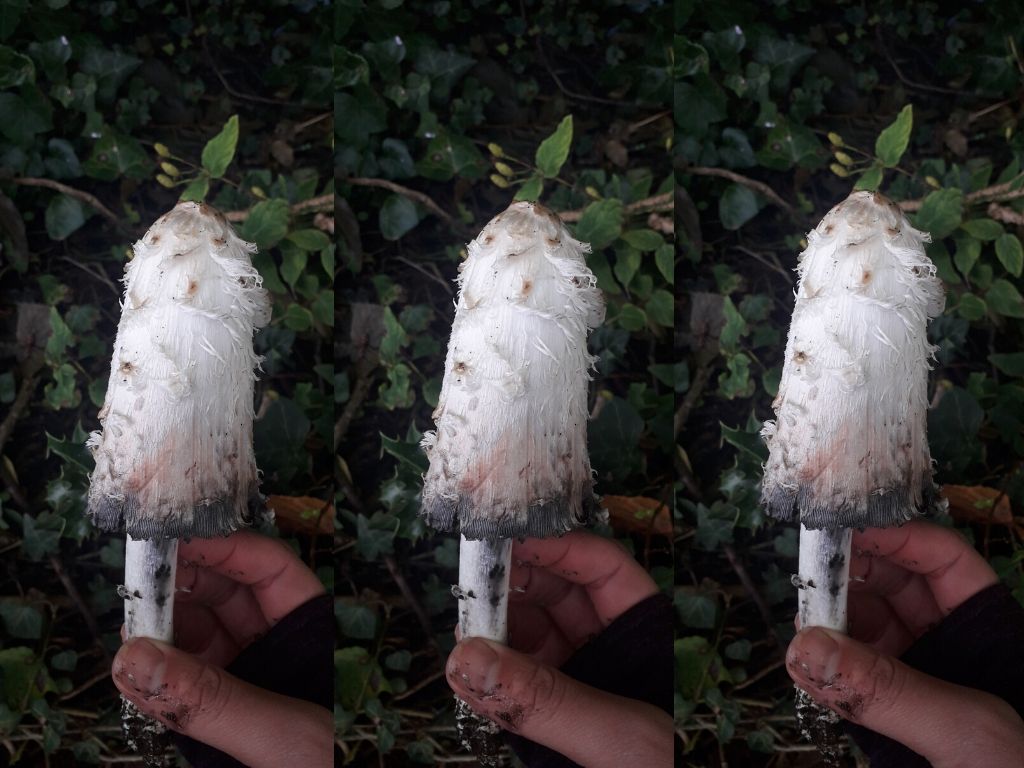 AKA The Lawyers Wig. This tasty mushroom should be eaten very soon after it is picked. They are common in Ireland and often found on the edges of pathways or open woodlands. 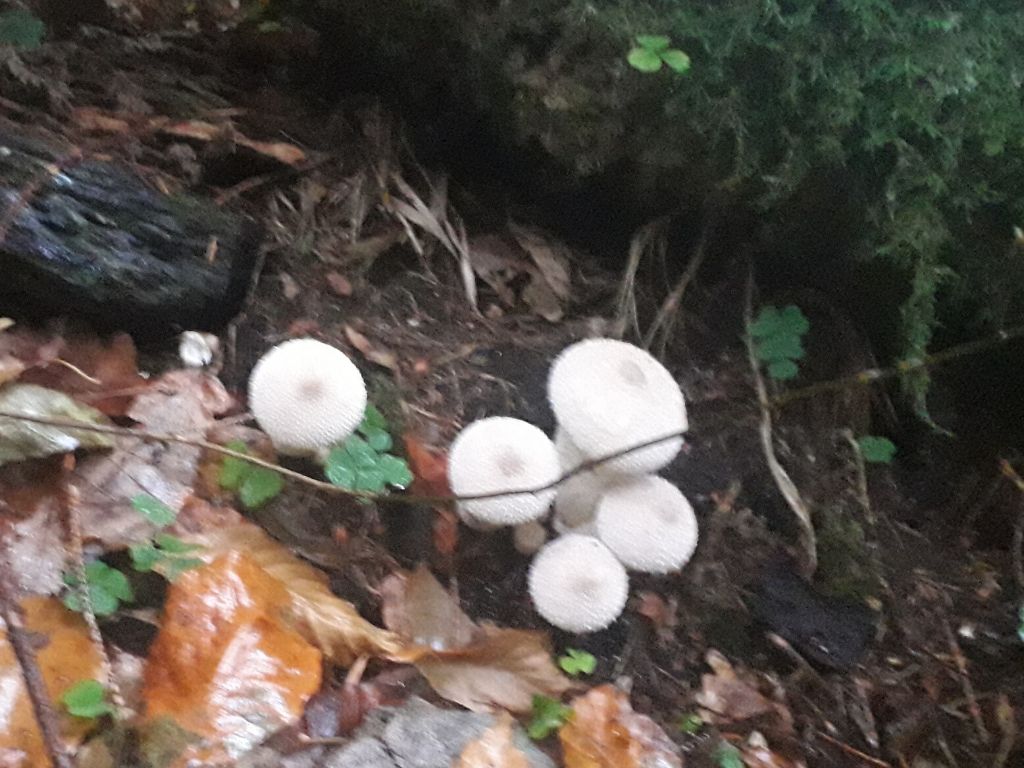 AKA Lycoperdon perlatum, the common puffball is a friendly looking mushroom and edible when young. They are found in all types of woodland and only the young ones are edible as the spores turn a horrid mustard colour as they grow. 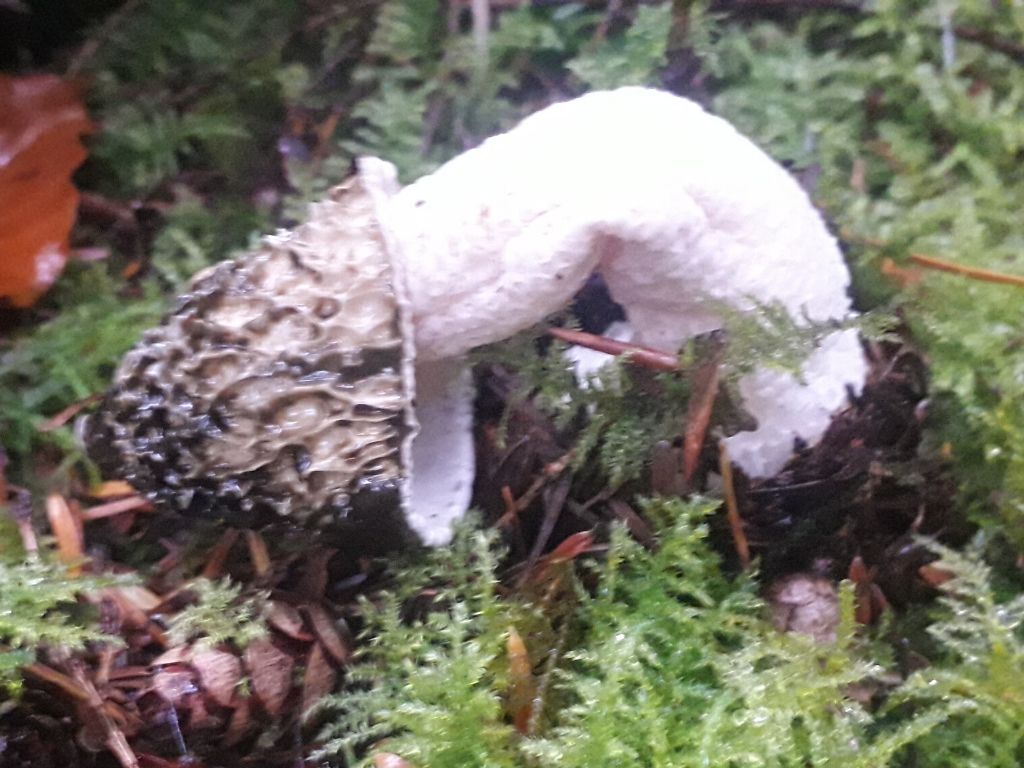 You will spot this crazy looking mushroom from afar. We found two this year. One standing up straight and one flopped over towards the end of Autumn. He was obviously said that the season was finishing up. It smells disgusting and you would want to have a very strange palette to even consider eating it. 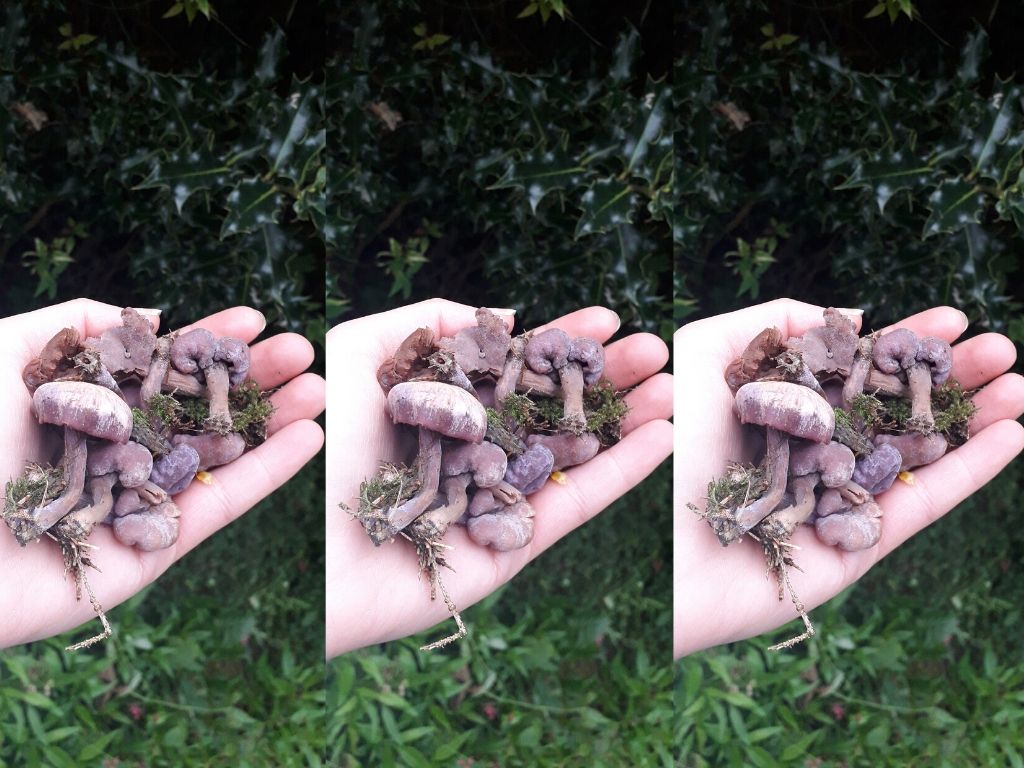 This is one of my favourite types of mushroom and they are deceivingly delicious to taste. These small purple mushrooms are easy enough to find in mixed woodlands, often under beech trees. 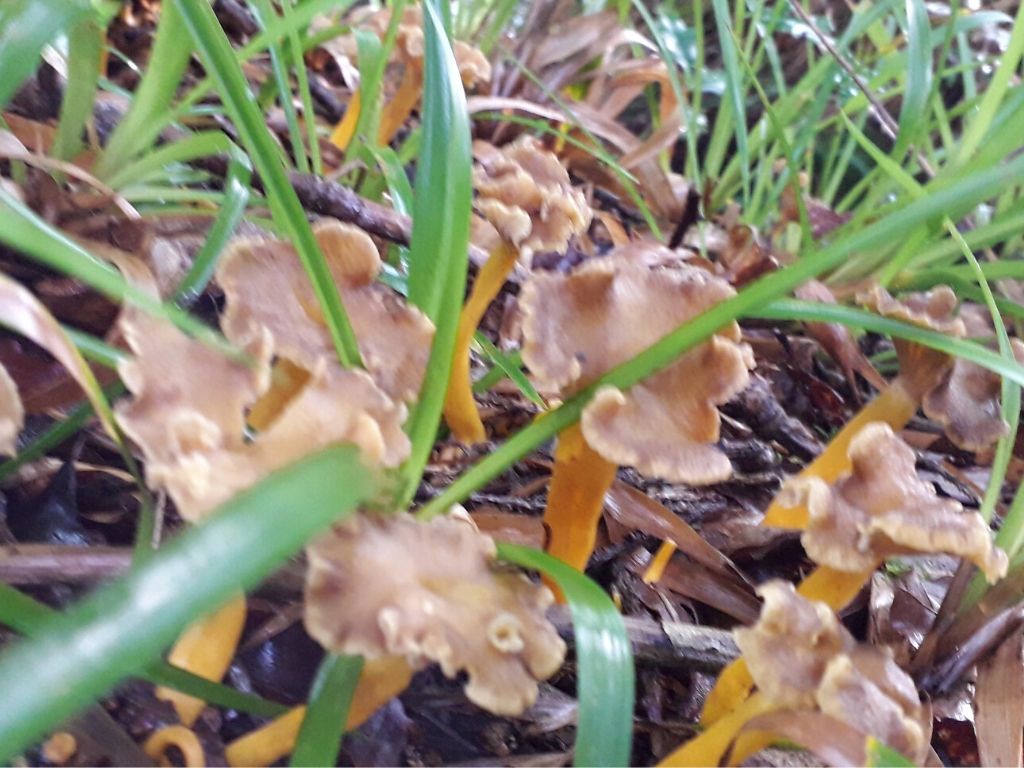 A firm favourite of all who have tried these delicious mushrooms and often easier to find than their sought after cousin. Winter chanterelles are a tasty treat in Autumn. 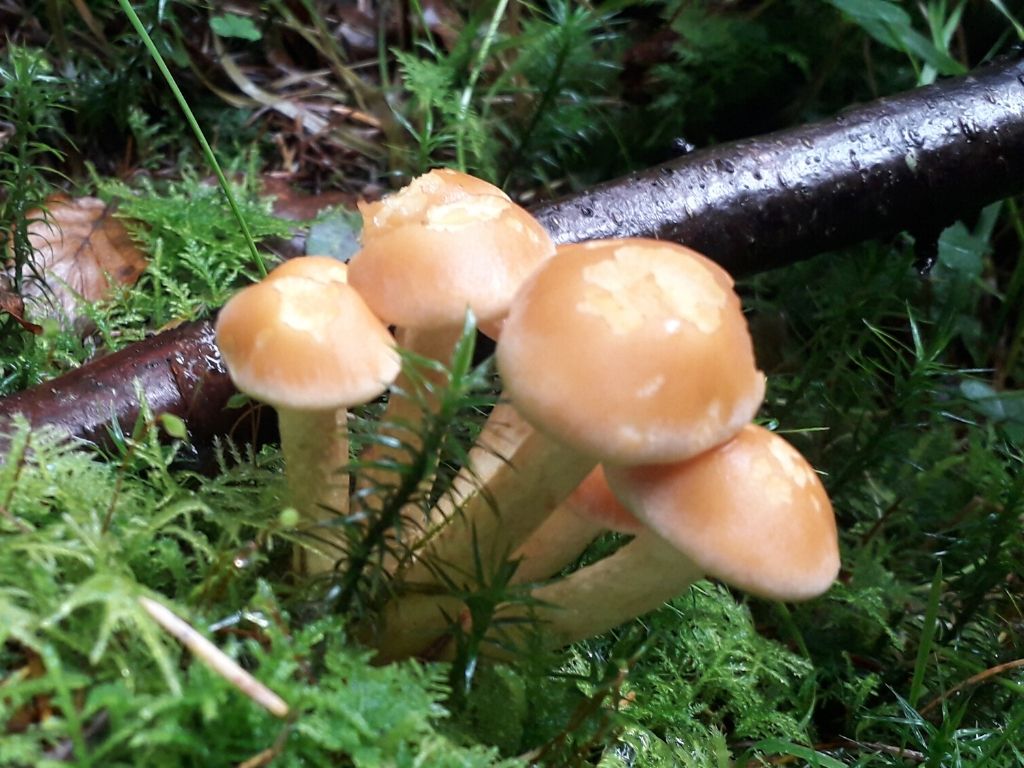 In Eastern European countries this yellow stained mushroom, aka Armillaria, is one of the most prized mushrooms. It has a distinct nutty flavour but be careful of look-a-like species. 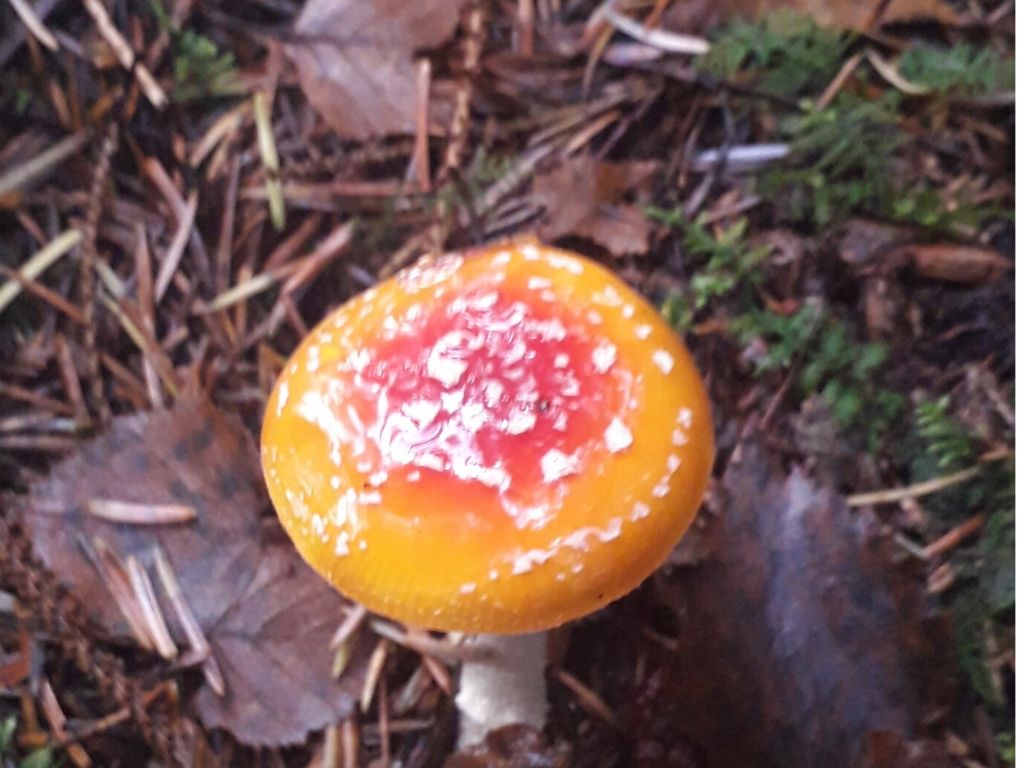 Aka Amanita Muscaria, these mushroom appear in Autumn and add a spot of brightness to the damp woods. They are a vibrant red colour and often produce white spots on their caps. Both Alice and Wonderland and the Super Mario Brothers game feature these magical mushrooms. These guys are considered poisonous and have hallucinogenic properties.

To join us on one of our foraging adventures and learn more about mushrooms please contact our team.

How to do a Spore Print of a mushroom?

As it is peak mushroom season we are busy trying to identify all of those awkward mushrooms that have dangerous look-a-like cousins. For example the common Parasol mushroom seems to be popping up in fields around us but did you know it has a wicked cousin called the green spored lepiota? Spore prints are a fun and easy way to get to know a mushroom. Spore prints are mostly used for mushroom identification and cultivation.

Why do you want to do spore prints?

Spore prints are often the easiest way to see the exact pattern of the gills in a mushroom. Also, the colour of the spore can indicate the edibility of a mushroom type.

Now that you know how to do a spore print all you need to do if find some shrooms and give it a try. If you would like to learn more join us for a foraging workshop where we go out to see the mushrooms in their natural habitats.